Good to be home!

To say it is good to be home is such an understatement. We are not exactly back to our typical routine but it is incredible to sleep in our own bed with no beeping or sounds of other children waking in the night. The entire experience has been pretty surreal and since we have been home I have awoken several times not knowing where I was right away.
In our few days at home we have seen several of Evan's friends, taken Evan to a local Physiatrist (doc who manages his therapy) and been to Evan's school twice. We are in the process of finalizing a plan for Evan's return to school and at the advice of the physiatrist, Evan will receive homebound instruction for the first month of school. The principal said Evan can still come to lunch for some peer-to-peer interaction which will be great.
Evan is progressing really well and walking better every day. We don't worry as much about him falling but he tires more quickly than he did before surgery. Evan never complains about being tired but we can see it in his face. Today after running errands and walking a lot he told us he was lightheaded and rested for 15 min. and said he was feeling much better. These small comments from Evan are our indications to slow things down for him. His brain still needs time to heal.
Posted by Mama Lisa at Sunday, September 06, 2015 6 comments:

It's official! We are busting loose from inpatient therapy! Evan has progressed rapidly and will still need PT and OT multiple times a week but he is well enough and safe enough to be discharged! Evan was happy to pull of the "FALL RISK" bracelet! 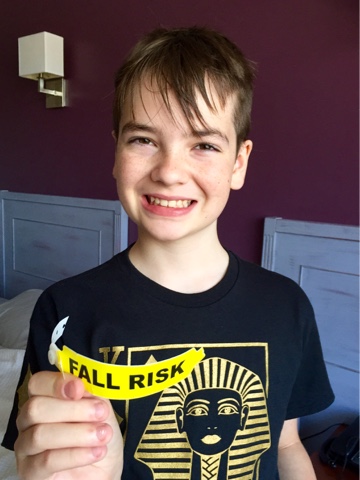 We will be in NYC until Monday. Evan has a follow up appointment with Dr. Weiner Monday morning and we will head home after that.
We are looking forward to a weekend off in the city with Evan. Aria is at home with Aunt Mary because she had a class she wanted to take. They have big plans to go sailing which sounds incredible!
Posted by Mama Lisa at Friday, August 28, 2015 1 comment:

Evan is doing so well with his therapy and we are so proud of him. He receives three hours of therapy daily and every day he rises to the occasion. He works hard and is exhausted.
On Friday he got to go outside during physical therapy and the goal was to go to Dunkin' Donuts! 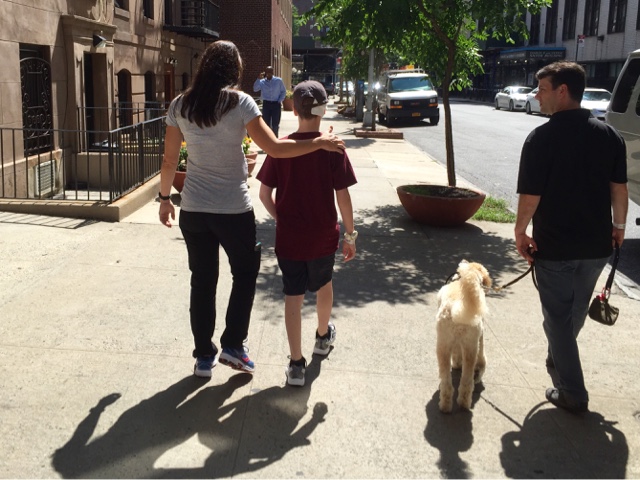 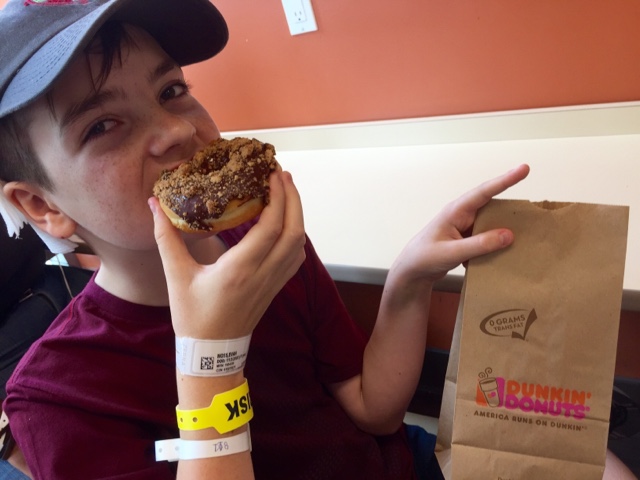 He walked a total of about four blocks and stopped several times along the way to rest. We are now officially cleared to take Evan outside over the weekend. What a luxury that sounds like after being cooped up for so long!
Aunt Mary and Aria were her for the weekend and Evan was so happy to see them both. We went out to eat in Saturday and ventured further today with a leaner wheelchair.
The highlight of our outing was s game of chess in Union Square Park. And yes, he won! 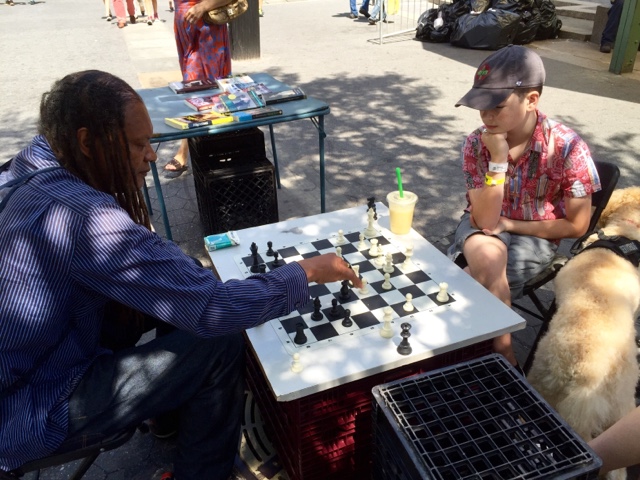 Although we miss home, I it was a great weekend! We have much to be thankful for.
Posted by Mama Lisa at Friday, August 21, 2015 1 comment:

We had a bit of a rough day yesterday. At 2:30 am, Evan had a seizure which pretty much rocked our world. We spoke with Evan's medical team and increased his meds to make sure he has good seizure coverage. Dr. Weiner was surprised he had a seizure said it could be a one-time thing as his brain heals from surgery. We are all hoping it was an anomaly and not a trend! 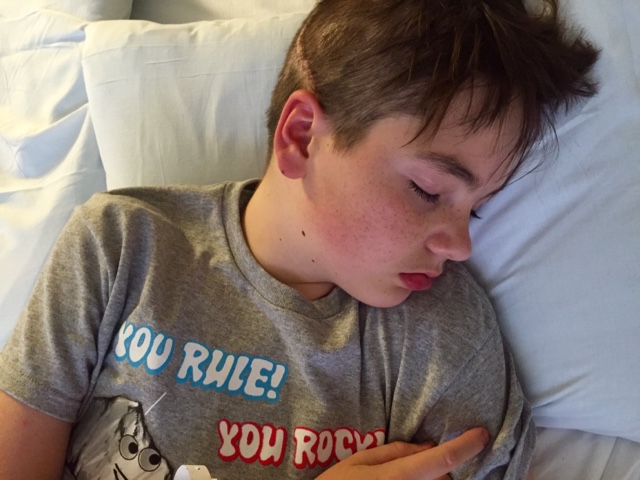 In spite of the seizure, when Evan woke up was ready for his first full day of therapy. Three hours of hard work really wore him out and he napped after each session. Today he showed improvement already and his energy level was also higher but he did welcome a long nap in the afternoon.
Yesterday Evan also had fun with a sunglasses craft project. 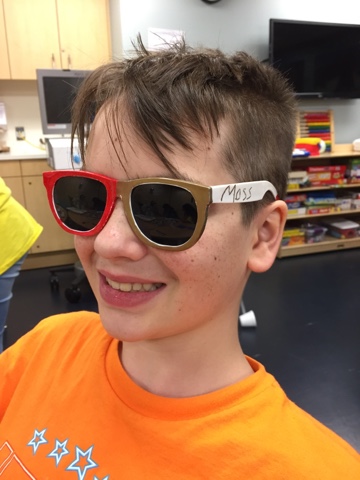 Mindy is always such a good sport! 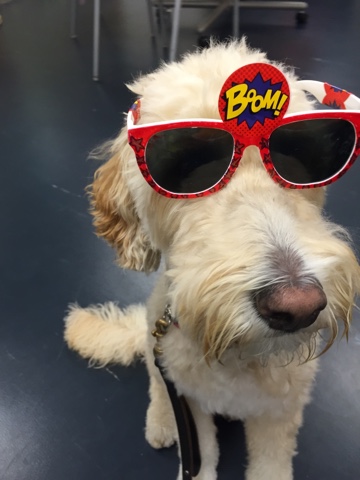 Yesterday Evan was transferred by ambulance from the hospital to rehab. We all rode over in the ambulance. It's a much better experience to ride in an ambulance when it's not an emergency situation. 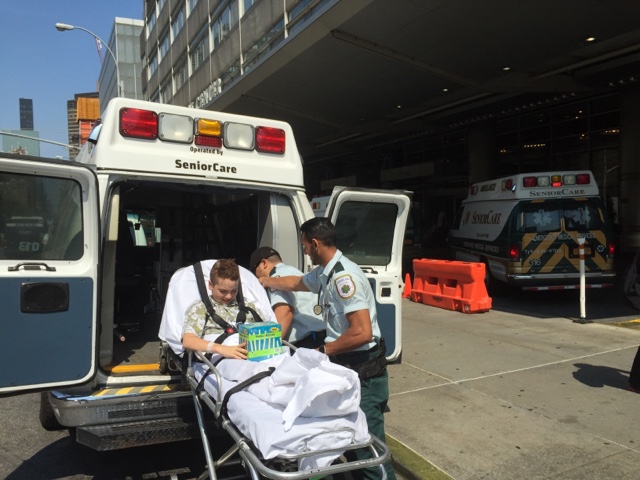 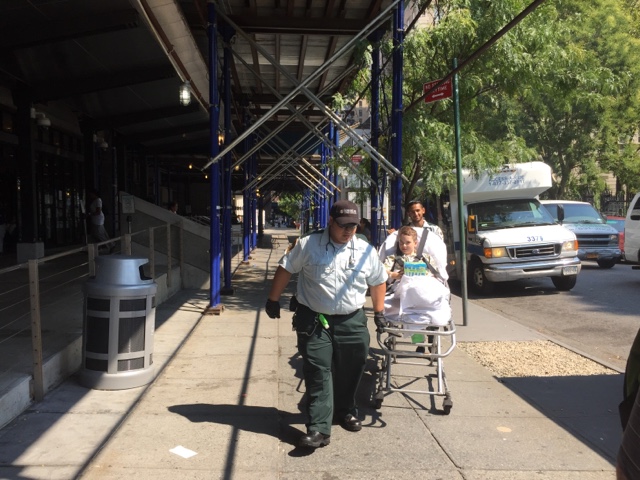 Evan pointed out the pretzel cart on the corner in the way in... 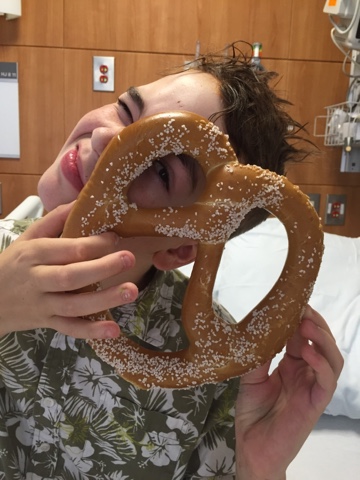 We met a bunch of nurses and therapists as we got Evan settled in. This is what happens when a therapist asks for your PT goal and you don't really answer so your mom does... 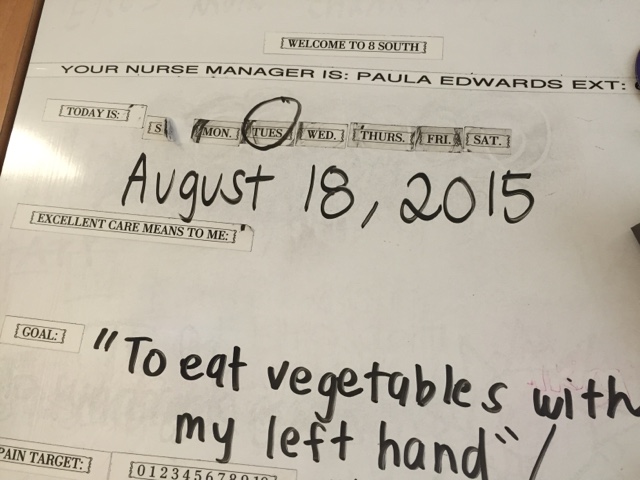 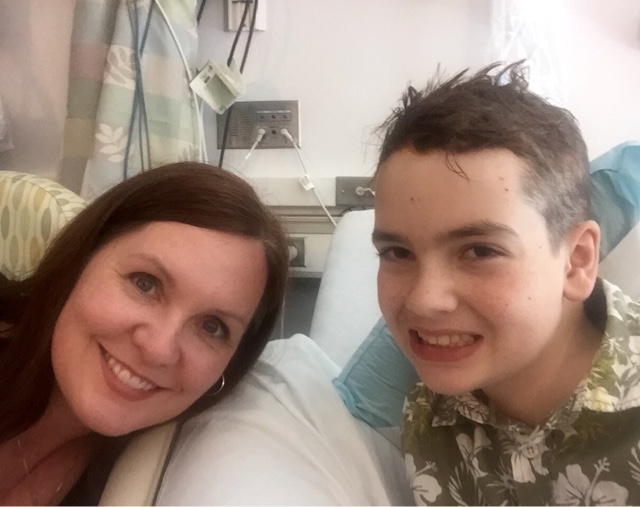 Yesterday was insane all day long at the hospital. We are learning that Mondays are one of the busiest days for patients! Our steady stream of visits from Evan's medical team began at 7:20 am and we met with everyone: neurosurgery, neurology, physical therapy, occupational therapy, speech therapy, physiatry, social  workers, nurses, child life specialists, music therapists, etc.
The big discussion yesterday was regarding inpatient therapy. The recommendation has been for 10-14 days of inpatient PT and OT. We explored our options, including trying to have this therapy done in DC but that didn't work out so Evan will having his inpatient therapy in NY. He has made great progress already and we are eager to watch him blow us all away!
Posted by Mama Lisa at Tuesday, August 18, 2015 No comments: 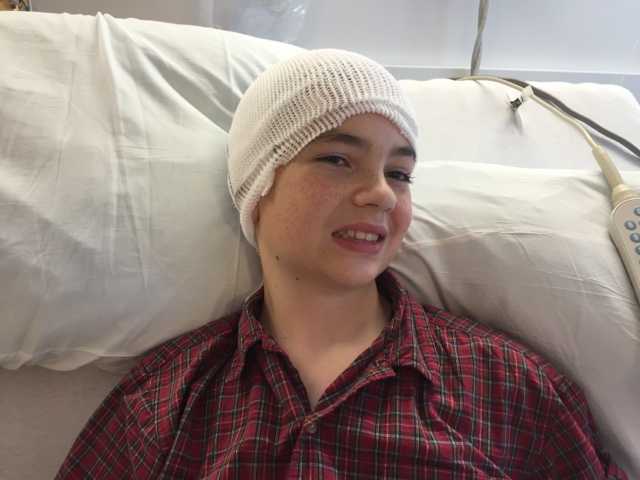 Evan is so happy to have his bandages lightened up. They removed The drain and changed the dressings this morning. He kept commenting on how much better he felt and thanked every nurse that walked into his room for removing that drain.
Tomorrow we should have a better sense of inpatient versus outpatient therapy needs.
Posted by Mama Lisa at Sunday, August 16, 2015 2 comments:

Get Email Updates Below! 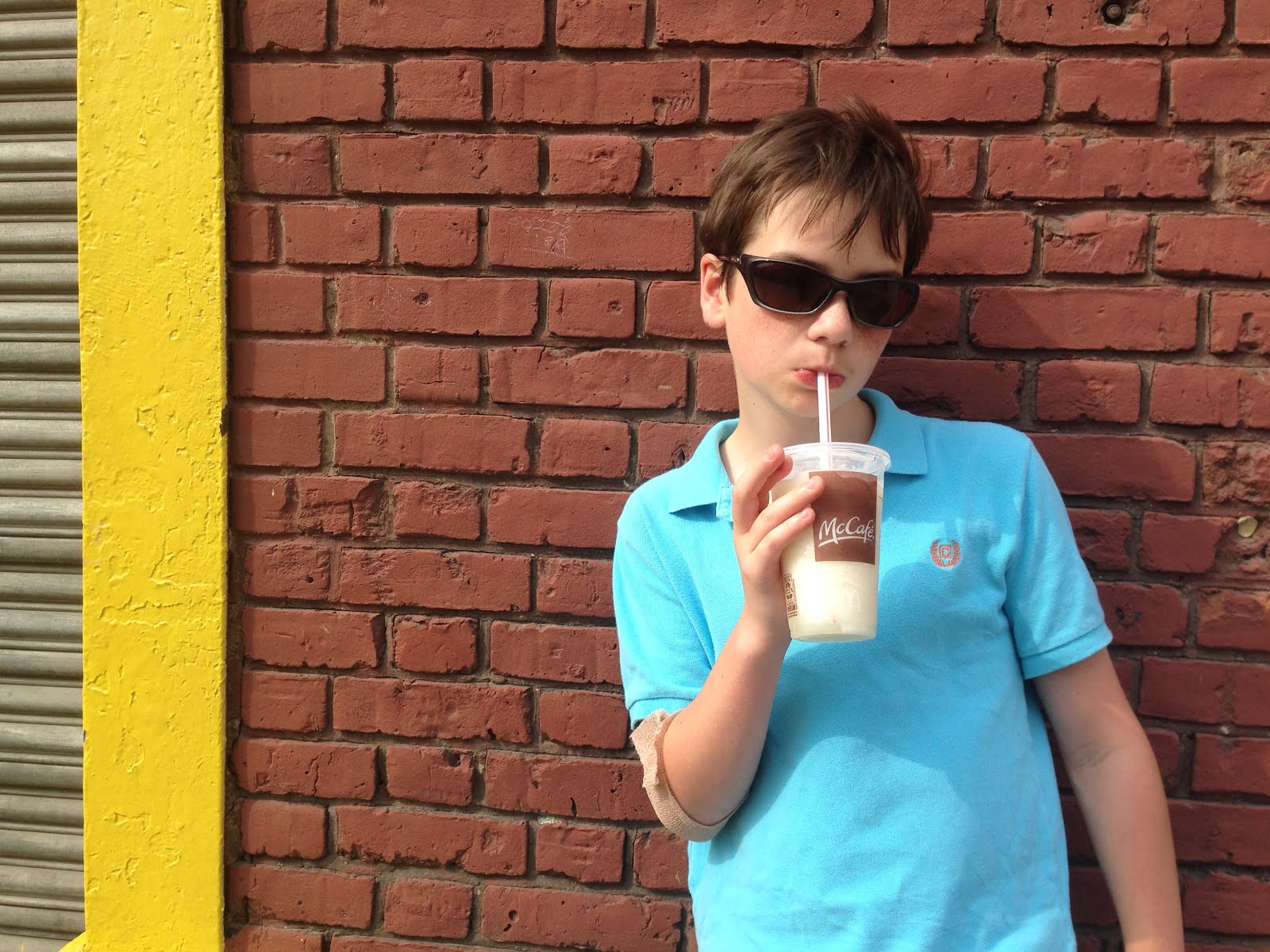